Prepare Your Tyres For Winter

So the long summer nights are starting to draw in and the outside temperature is only going one way – down! What does this mean for you and your car though? Do you prepare for the cold and potential snow? Well maybe you should…

Changing to winter tyres is not a common experience in the UK with many people suggesting it is a hassle and inconvenience that they don’t need for such a short period of time. Well that is perhaps the first mistake. Tyre manufacturers around the world state that the benefits of using winter tyres typically kick in when the temperature dips to 7⁰C. Figures available on the Met Office website show that the average UK temperature for December, January and February fall below this figure, with the average temperatures in March and November only a degree or two higher. This means that for around half the year you would see the benefits of cold winter tyres and if you contact MQ Mobile Tyres then we will even come to you to make any changes!

So what are the benefits of these tyres? 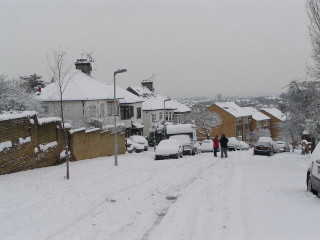 The main benefits of winter tyres come in the braking and traction on a car. Research from leading tyre manufacturer Continental showed that when testing the brakes of a vehicle travelling at 50 kph in snowy conditions a winter tyre stopped 8 metres quicker than its summer counterpart. On ice the results for the winter tyre are even more impressive, stopping a whole 11 metres sooner than the summer alternative.

If having two sets of tyres, one for the summer and one for the winter, sounds expensive then it shouldn’t do. Using the correct set of tyres for the weather conditions will mean that they last twice as long as you only use them for half the time, in addition to this research has shown that by switching tyres you could help improve their longevity by up to 40% – So while there is an initial expense for a second set of tyres, in the long run it could save you money.

So what are the statistics? Well almost half of all accidental insurance claims occur during the winter months and a survey from Kwik-Fit suggested that up to 70% of drivers were affected by the weather with one in six drivers having to abandon their car at some point due to the conditions. Perhaps if they had all called MQ Mobile Tyres and switched to winter tyres then maybe a few less people would have ended up walking home!